With the highly anticipated Path of Exile 3.9 Metamorph league right around the corner, players are asking on a daily basis in both the forums and on Reddit what builds people are going to start the new league with.

OFFICIAL PATCH NOTES UPDATE!
ALL BUILDS ARE SOLID EXCEPT FOR ZOMBIE AND ICICLE MINE NERF!

3.9 PATCH IMPACT ON THESE BUILDS

The official 3.9 patch has not dramatically impacted the efficiency of any listed build in this overview except for the 3.8 Zombie Meta build (which was expected) and Icicle Mines (which received a huge damage nerf). SRS doesn’t use Feeding Frenzy or Ravenous Horde, and only loses 20% movement speed from the Ascendancy change. It’s AI was upgraded so it should Delve better than in 3.8; as such, SRS will still be rock solid. I have added a Bonus Build Guide Reference to the below list for Arc and Soulrend since they were buffed!

NEW! I have also included a link to a compiled list of Streamer Recommended builds below.

I want to preface by saying I spent weeks testing each one of the top builds (and many in the follow-up list) as SSF/Leveling to end-game to verify their viability as they compare to each other as potential league starters for 3.9. This includes verifying their performance while leveling on as little as a 3-link to Act IV, their overall survival, bossing, clear speed, and scaling potential based on the first and second day of the league (which is often more SSF for players until the market grows and stabilizes).

Relative to this overview, I want to acknowledge how important play style is. Some people hate totems while others only play totem builds. Some like Melee while others love bow builds. The diversity of PoE is one of its greatest features, but also one of the most complex aspects of the game. While a build may be listed as “best” or “top”, some players may disagree because of the style(s) they prefer – but one thing is assured – the builds listed herein are all rock solid and viable for their represented roles as great league starters for 3.9 Metamorph.

Path of Building is required to view many of the below builds. Additionally, make sure you have a good loot filter. I personally recommend NeverSink’s Loot Filter.

Before I present the list, I want to say something very important: just because it’s on the top list doesn’t mean it’s a “best build”. I’m presenting this list based on my personal experience as well as the feedback of other gamers and streamers. I’m sure there’s a few solid builds that could make the top 5 list that I have either overlooked or personally don’t care for the play style of (but others could really enjoy). One thing to keep in mind is 3.9 Metamorph focuses on boss killing; as such, I’ve chosen builds that in addition to clear speed and survival, are very good at taking down bosses.

I created the above list of builds based on my personal experience from 3.8 and the changes from 3.9. Zombie Necromancer dominated in 3.8 but with the nerfs, it’s no longer on top. There are also numerous builds on the above list that aren’t just as good as others for starting in 3.9 Metamorph.

When it comes to a league starter, my core goal is to have a build that can easily handle yellow-tier maps on self-found gear and farm enough currency to “kickstart” any other build I want to try; but I also want a build that is capable of growing into and handling nearly all content if I want to stick with that build for a long period of time.

In addition to the above, here are the qualifiers I used to put together the list:

Note there are more than 20 build guides/PoB links below. If the build you were hoping to find isn’t in the top five, check the following section!

Here is the list of what I believe the top five Path of Exile 3.9 Metamorph top Starter Builds are, omitting the pursuit of the new Ranged skills and minion nerfs. I also cover a number of other builds after the list for reference.

Make sure you check the Notes section of any PoB you download; that’s where most of the leveling information will be found!

The reason this build wasn’t originally #1 in the list is because everyone expected Skeletons to get directly nerfed like Zombies. They did not. The Skeletons skill went untouched, with the only impacting adjustments being the ascendancy, ravenous horde and feeding frenzy (which affected all minion builds). As such, Skeletons will probably be the highest DPS minions this league, and they are an amazing starter. They will clear a bit slower than SRS but they will have higher boss damage, which is why they are #1. Skeletons received a slight speed nerf with the Mindless Aggression (30% increased speed was reduced to 10%) and Ravenous Horde (movement speed reduced from 28% to 14%) changes, and a hit on damage from the Feeding Frenzy adjustment (10% attack and movement speed vs. 15%, and 15% increased damage vs. 24%). Skeletons were so powerful in 3.8 these changes won’t really impact overall performance.

Steady is good, and Holy Flame Totem is exactly that. While Freezing Pulse Totems is my favorite for end-game totem murder, that build requires two unique jewels (First Snow) and a Soul Mantle to really shine. Without Soul Mantle, a socket must be taken by Spell Totem. With HFT you don’t need to socket a ST. The damage is good, bosses melt, and it’s solid to T10 on just a 4-link.

I want to preface by first saying I hate squishy builds, and most self-cast builds are lessons in murder and death – often your own. But man, does self-cast Storm Burst kick ass. You can destroy the entire screen in seconds and melt bosses like few other skills (with very little investment). It’s very fun, scales well, and is a great league starter, able to quickly get you to maps. Just be prepared you could die a few times.

We all knew a Miner build would be on this list, but oh boy. Toxic Rain Mines are simply awesome, and in my opinion outperform Icicle Mines (the mine meta for 3.8). While icicle has better clear, TR mines has better bossing and damage overall. Plus it’s just more fun to melt the entire screen with those pods of poisonous death. Toxic Rain received a slight buff during leveling in 3.9, so the mines will be even stronger than in 3.8.

Another top tier build that’s always been strong and will continue to perform. While Cold Scourge Arrow will possibly be nerfed (since it’s one of the strongest ultra deep delvers) I think Poison Scourge Arrow is in a good place and should remain untouched; but even if it received a slight nerf, it will still function as a rock solid league starter. Scourge Arrow received a “rework” by lowering the damage range while adding base chaos damage.

What about the other great builds?!

There are a ton of other great builds to consider as league starters for 3.9. Here’s the continued list for consideration.

NEW! Here’s a link to a compiled list of League Starter builds by some of the top streamers in Path of Exile. I highly recommend checking it out!

Make sure you check the Notes section of any PoB you download; that’s where most of the leveling information will be found!

There are definitely other great builds that could have made it on the list, but I believe the above list is solid for what we’ve learned in 3.8 and what should carry to 3.9 Metamorph as Top Starter Builds. 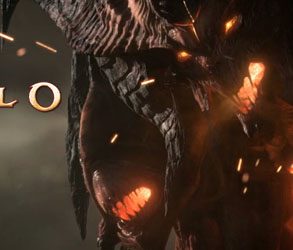