Continuing the 3-month content release schedule players have been enjoying for years, the Path of Exile Blight League launched on September 6, 2019. It’s a tower-defense based mechanic which also added item Anointments, Blighted Maps, new Skills and Unique items, and made many skill and Ascendancy adjustments. The master quest mechanic (for mapping) was also changed.

While last league was the Cyclone League, this league is the Minion League. Cyclone was nerfed, and it’s not nearly as popular this league, but that was expected due to how OP it was last league. With Blight and the buffs to Minions, pet builds are now the top builds in the game, and even more OP than Cyclone was last league. This includes many minion builds achieving more than 40M shaper DPS, and players killing Uber Elder with Zombies on a 4L. There’s no question minion nerfs are incoming for 3.9. The good news is after minion builds, there is more diversity in skills and ascendancies than last league.

Numerous new skills were introduced with Blight, but many fell short in play and support. Cobra Lash (which is basically poison Spectral Throw) is the most played new skill, but it accounts for only 1% of characters in the normal league (2% in HC and 6% in SSF). Pestilent Strike is nowhere to be found in the top builds. However Deathmark, Feeding Frenzy and Meat Shield all play a key role in minion support. Skitterbots have also become a standard for many builds with their cold support abilities. Icicle Mine (formerly Freeze Mine) has become the new top mine build, and with the refined mine and detonation play, it’s a ton of fun. 19 new Divination Cards and 16 new Unique items were also added.

Anointments allow players to combine oils (which drop from blighted nodes) and apply those combinations to Rings and Amulets to provide the benefits of Passive Skills or Tower Enchantments. I’ve personally found most players are ignoring the anointments because the benefits are so selective, but in some cases, it can be worth it (for example there’s an anointment that doubles your chaos Resistance). Anointed Oils can also be applied to Blight Maps, impacting pack size, tower damage, and even the experienced gamed. You can find the complete list of anointments here and an overview of Oil Crafting here.

The Daily Master Quest adjustment is awesome as players now receive random daily quest iterations based on the tier of completed map, and can store those iterations for later use. This new system is fantastic; the only issue is players want to be able to set the master mission from the map device, not have to visit each master individually. Legion is also now a core game mechanic.

Ultimately, Blight is a more laid back league than before. The mechanic revolves around building towers to kill and hinder large groups of monsters that move along expanding paths. As such, builds that can handle large groups are prevalent this league. The complete 3.8 patch notes can be found here.

Zombies… Zombies everywhere… Trading this league is very entertaining because whenever you go into somebody’s hideout, all you see are… Zombies (or spectres, but mostly zombies). When you don’t see Zombies or Spectres, you feel compelled to ask the other player what crazy build they are doing. While this is the minion league, many players are intentionally playing other builds to stay away from the meta, so it’s always interesting to meet other players through trade who aren’t running minions and asking what kind of build they’re running.

I played Blight for a few days when it came out, but then took a break to play Borderlands 3 (one reason this review is a bit late compared to the previous league releases). Once I got my fill of BL3 (and wrote a review), I dove back into Path of Exile and have taken the following builds to end-game. Note I intentionally play LOTS of builds each league to see how they perform so I can share the results:

The below list was created based on a combination of my personal experience with the builds, the experience and recommendations of my friends and colleagues in PoE, comments and feedback from players in Reddit and the PoE forums, builds run by active PoE streamers taken to end-game, and cross-comparing the top leaderboard builds.

As we can see, Zombies and Spectres have been king this league with either Cyclone, Skeletons or Icicle Mines as the third choice (depending on hardcore, etc.). The Necromancer ascendancy has dominated the game even more than Slayer did last league.

When it comes to Delving in Softcore, Scourge Arrow Raider is king with an achieved depth of more than 5,000. When you’re that low, no amount of damage mitigation works, so the builds focus on not being hit (dodge/evade). Scourge Arrow is dominating in this area, but the players die all the time, so it’s not HC viable.

Looking at Delving in Hardcore, Dan has dominated as the best player. He’s created 3 builds that have gone as deep as 1400, two being Cyclone Juggernauts and the third being an ES Vortex/Cold Snap Occultist.

The deepest SSF HC Delve is low 400’s, achieved with Spectres and the next following up with Zombies, so minion builds are rock solid in Delve.

My Favorite Builds from 3.8 Blight

Before I dive into the recommended build list, I wanted to share my favorite builds from Blight so far. 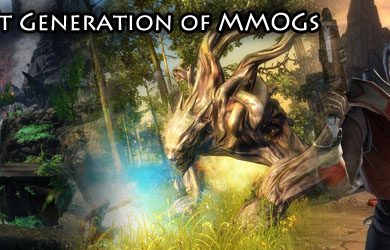 The Next Generation of MMOGs