Legion has been one of the best expansions we’ve seen for Path of Exile yet. Paired with the melee rework, Legion is fun, rewarding and a very well-designed expansion. The incubators also added a new subsystem of item acquisition that is very rewarding. There’s no doubt in my mind the Legion mechanic will remain in the core game once 3.8 releases, and melee builds will continue to be viable long into the future. While there have been a number of hiccups with server stability and the melee enhancements as a whole, GGG is doing their best to fix the problems, and I believe within the next few weeks, we’ll have complete stability and smoothness across the board.

This league will forever be known as the “Cyclone League”, and for good reason. Cyclone is dominating every play style (SC, HC and SSF) because it’s just so much fun. There are also so many variations of Cyclone that work, players are having a blast experimenting with different ascendancies, weapons, configuations and defensive styles. Sadly, Winter Orb and Molten Strike are pretty much dead (but there are some deep delve pushers still using Molten Strike). That’s OK though, because they dominated the previous league so much, it’s nice to see some new meta.

We received some great new skill gems with this league, including: Steelskin, Bladestorm, Blood and Sand, Berserk, Rage, Precision, Flesh and Stone, Pride, Pulverise, Close Combat, and a few others. These gems have changed not only the way Melee is played, but also provided completely new defensive (and offensive) layers for both melee and non-melee builds (such as the Sand Stance blinding all nearby enemies).

Ultimately, Legion shines for nearly all players, even those who aren’t embracing the melee meta. Let’s dive into things!

The complete 3.7 patch notes can be found here.

To say Cyclone is dominating this league is an understatement. I don’t think I’ve ever seen a league where one skill is used across the board (SC, HC, SSF) so extensively. As mentioned, this is because it’s fun and smooth as butter to play.

Playing Legion since launch, I have taken the following builds to end-game:

The below list was created based on a combination of my personal experience with the builds, the experience and recommendations of my friends and colleagues in PoE, comments and feedback from players in Reddit and the PoE forums, builds run by active PoE streamers taken to end-game, and cross-comparing the top leaderboard builds. As we can see, Cyclone is king this league with Essence Drain far behind. Slayer is the most popular Ascendancy next to Trickster. People are staying clear of Berserker in Hardcore, and Juggernaut is not as popular as one would think for Hardcore players (which is surprising, but also showing the resilience of Slayer).

The numbers from this league are so lopsided in favor of Cyclone that players are generally either running Cyclone, perhaps Essence Drain, or … anything else.

My Favorite Builds from 3.7 Legion

Before I dive into the recommended build list, I wanted to share my favorite builds from Legion so far.

As mentioned, the below list is based upon the Statistics pulled from poe.ninja; not just normal mode, but hardcore as well (which indicates fantastic survival). I will include links to the best build guides, many of which I have used myself. 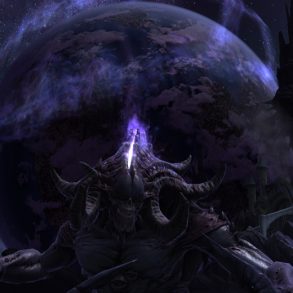