I first want to preface by saying we will not know the exact details of 3.12 until the official patch notes are released, but there are plenty of builds that will probably not be affected by any nerfs, and players have been posting requests for build recommendations in the most active POE-related community sites. My goal was to put together a compendium the community could reference as they plan for the 3.12 release, including builds they can “test” right now.

This overview is based on the stats of the most popular, played, delve, mapping, bossing and SSF/HC friendly builds. We can learn a lot from these builds and how the most skilled players utilized them, but also need to keep in mind we will not have access to the crafting benefits of Harvest with 3.12.

While there will be new skills introduced with 3.12 that could potentially end up being fantastic league starters, most players seem more interested in starting a league with something they’re familiar with.

Don’t worry! Juggernaut’s Unbreakable was not nerfed at all; it was a data error in PoB. It’s unchanged.

You can read the patch notes here: https://www.pathofexile.com/forum/view-thread/2935777/page/1

The biggest impact to a league starter will probably be with the SpellSlinger changes, directly affecting Volatile Dead and the SS version of Essence Drain.
Other than the above, the changes don’t destroy or harm any of the below builds enough to reconsider them as a league starter. Both Ball Lightning and Assassin Crit Multi were OP; they needed adjustment, and should be fine.

I want to mention how important I believe a builds Delve capabilities are; Delve is one of the best tests for a build’s survival, especially in Hardcore. I use delve depth of 200 in HC as the lowest qualifier for a build to be viable.

Here are my recommend top starter builds for the upcoming Path of Exile 3.12 Heist League, based on the performance of the builds in 3.11 mixed with the nerf potentials in 3.12.

Note the Delve Depths are based on HCSSF (showing Hardcore and self-found gear viability).

This is my top pick for a 3.12 league starter. It’s fun, diverse, melts mobs as well as bosses, and is a great delver. The cold freezes and shatters enemies, it levels smooth as butter (in SC, HC and SSF), and performs great as Life while easily transitions into ES for late maps and end-game bossing. Can also transition into Vortex for even deeper delving.

This bad boy melts all mobs including bosses. It’s ultra easy to level, and once you get The Agnostic, you can basically stand in Labyrinth traps and laugh. The Ascendant version of this build is crazy powerful, but it’s not good as a SSF/League starter. For those who love Ball Lightning, I recommend first leveling the Hierophant version (which can do all content), and when you get solid leveling gear, if you want to try it out, make the Ascendant Variation and completely obliterate all game content.

Note on Nerf: This build was doing tens of millions in damage with end-game gear. The 20% damage nerf won’t kill the build at all; it will just take a few more casts to clear the whole screen with the 18% radius loss.

Another crowd pleaser that can make it to Delve Depth 900 in HCSSF, and was a top build during the gauntlet race. While it’s not the fastest mapper, it melts bosses; and when I say melts, I mean 50 Million DPS against some bosses, deleting them immediately. The reason this is #3 on the list even with the nerf potential is because of the performance of this build. Even with the anticipated Necromancer adjustments, Cremation should still be solid as a 3.12 league starter.

CA is one of the best generic starters in the game. Damage scales well with self-found gear, projectile bubbles have no effect on it (which can be annoying with Bleed Split Arrow), and it can do all content. What’s interesting is the stats show that CA, or CA+Toxic Rain or CA+Essence Drain each seem to perform about the same; this means the player can adopt the play style they prefer. Trickster is more single-target focused while Raider is better for speed farming. Both perform similar in Delve.

If you’re going mines, Ball Lightning is a sure winner. This is a great league starter, requires little investment, and has fantastic damage. The only downside is the “clunky” play style of Mines, which puts off many people – but it’s been refined over the past few leagues to the point it’s quite smooth and enjoyable to play. For those who haven’t played a mine build before and are interested, definitely try this one out!

While most people run Spectres, the strongest minion build in HCSSF this league was a Zombie build (with The Baron). There’s just something more fun with Zombies when compared to Spectres, Herald of Agony or Skeletons (at least in my opinion). Spectres map faster, but Zombies melt bosses better. The Zombie build is still very strong without The Baron and performs quite well even without Harvest crafting. All content is possible without The Baron, but finding that unique helmet helps a lot. Most people farm and use Chance orbs to acquire it. And for those of you who want to play Spectres, which is the most popular minion build in the game (and a fantastic league starter), I’m including a link to Kay’s Spectre Summoner Build guide (which is awesome) below.

The most popular melee skill in Harvest, the Earthquake Juggernaut is slow, steady, and all content viable. It’s very powerful with 2H axes, maps at a “reasonable” speed and is great at slamming bosses to their death. For those who want to play a tank that can do all content, this is a great league starter and overall build.

Another top build in Harvest, the Bladefall / Bladeblast Assassin is all content viable and good at delving. While there is reasonable chance the Assassin ascendancy will be hit with the nerf hammer for 3.12, this build should still be a viable starter and all content capable. Plus, it’s a lot of fun to play. Note I played both the Chieftain and Assassin versions of BF/BB and found the Assassin to be a much better league starter, and ultimately performs just as good as the Chieftain version at end-game.

Notes on Nerf: While the crit chance and crit multiplier nodes and ascendancy were adjusted, this build will still rock. It was really a bit OP with 3.11. It should be “solid” in 3.12.

Delve Depth: 485
Nerf Affect: None for ED/C build, but SpellSlinger nerf for Leveling

One of the best overall performers this league, I can’t remember the last time ED was nerfed, but I think ED may be on the nerfing block for 3.12. Even if it is, GGG won’t destroy the most loved DoT build in the game. There is also a spellslinger variation that’s a ton of fun to play and one of the best mappers in the game. The below PoB is the spellslinger version that transforms into the final end-game Blight/ED version. It can do all content, and for those who like the play style, it should still be solid for 3.12.

This was the most played build this league, dominating both Softcore and Hardcore (2nd to ED in HC). Everyone agrees VD Necro is probably going to be nerfed, we just don’t know how much. But even with a nerf, it could still be quite viable as a league starter; we’ll have to see.

Note on Nerf: Hard to say how viable this will be in 3.12. No question most people probably won’t be running it as a league starter with the nerfs to Spellslinger.

There are TONS of other builds that are great starters, but I wanted to present a list based on personal experience, performance stats, and the potential 3.12 adjustments/nerfs that will impact some of the top builds in the game.

I hope this list helps the PoE community; here’s to the continued success of Path of Exile and the fantastic job Grinding Gear Games has done! 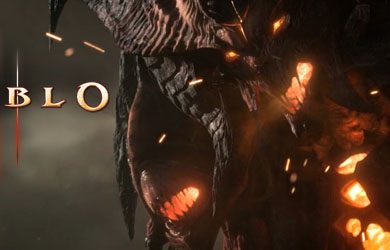