Continuing the 3-month content release schedule players have been enjoying for years, the Path of Exile Harvest League launched on June 19, 2020. It’s the first building-based league where players create connected structures focused on seed-planting and harvesting, all tied to enhanced item crafting. Harvest appears to be more about overall balance and a few reworks than anything else as there were no major additions or changes to the game like there were with previous leagues. This is fine since there is so much content in PoE, and balance is critically important.

Below is a snapshot of the buffs, nerfs and other adjustments this league.

The launch of Harvest was quite smooth, especially compared to the myriad of problems we saw during the launch of Delirium. Part of this is due to the fact Harvest revolves around building and farming, which is a controlled interaction players can choose to participate in. There have been a number of patches since the release of Harvest, and overall, the league is in a good position, especially for supporting SSF play due to its crafting focus.

While last league (Delirium) was all about Cyclone and Storm Brand, the top skill this league is Volatile Dead, however, we have more of a diverse range of follow-up skills than last league, including Essence Drain, Earthquake, Raise Spectre, Ball Lightning, Toxic Rain, Earthshatter, and more.

While the War Cries saw a big redux, which has greatly enhanced survival and melee skills as a whole, the new skill introduced with 3.11 that’s being used the most is Earthshatter.

The complete 3.11 patch notes can be found here.

While Volatile Dead is dominating this league, there is a lot of variation in builds in Harvest, which is a good thing. I started playing Harvest a bit late (roughly two weeks into the league), and have taken the below builds to end-game:

As we can see, Volatile Dead is king this league; this is because it’s cheap, strong, reliable, steady and easy to gear for. Spellslinger is what makes Volatile Dead so viable, casting three spells with the single click of a button. Summoner (Spectre) builds come in second (considering both Softcore and Hardcore), followed by Essence Drain and Earthquake. Cyclone is still used, but not nearly as much as last league, and both Blade Vortex and Ball Lightning are still quite popular.

Once again, Necromancer is the dominant Ascendancy by far due to its Volatile Dead, Spectre and Zombie support. Trickster comes in second, with Juggernaut third.

When it comes to Delving in Softcore, Icicle Mines lead the pack with a depth approaching 3,000. Ice Shot Deadeye runs as a close second.

Looking at Delving in Hardcore, a Vortex/Vigilant Strike build has outperformed everyone else with a depth below 700. The closest after the Vortex build is a Earthquake build at 402. In the 300’s Bladefall/Blade Blast is performing very well, along with Volatile Dead.

My Favorite Builds from 3.11 Harvest

Before I dive into the Top build list from the statics, I wanted to share my favorite builds from Harvest so far. 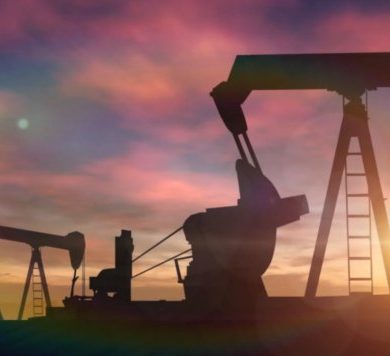 If I wanted America to Fail…