Continuing the 3-month content release schedule players have been enjoying for years, the Path of Exile Delirium League launched on March 13, 2020. It’s a breach-like netherworld overlay mechanic that spreads across the map, containing additional monsters and the eerie narration of a taunting protagonist. New uniques and skills were also added, but the most impactful change really is the new Custom Skill (Cluster) Jewel system, which allows a character to build out their own personal skill tree to focus on enhancements specific to their build. This new system added 280 new potential nodes to the tree. Given the core tree is 350 nodes in size, this enhancement nearly doubled the available skill tree options for each character.

Below is a quick snapshot of the buffs, nerfs and other adjustments this league.

BUFFED: The addition of Archmage and Arcane Cloak provide a huge boost to self casters, with the biggest use being seen with Storm Brand. Spellslinger allows for new trigger-based builds. Animate Weapon has been reworked and enhanced. Assassin received a buff with Opportunistic.
NERFED: Necromancers were finally nerfed pretty hard (which was expected). This includes: (1) Spirit Offering nerfed; (2) Feeding Frenzy Nerfed; (3) Necromancer Ascendancy Bone Armor no longer provides resistances per minion, and; (4) The Baron provides +1 zombie every 500 strength (from 300). Ultimately, Zombies/Skeleton builds were hit hard and are not nearly as viable as they once were, but are still strong enough to play through all content with the proper investment. Herald of Agony also got a nerf, but is still viable.
MORE: Vaal side areas now count as maps and can drop maps. The Simuilacrum has been added, complete with a new boss. You can now select master missions from the map panel.

The launch of Delirium saw a lot of problems; the biggest issue was the difficulty. Within the first week, players were being murdered at an unprecedented rate by 1-shots often impossible to see due to the fog. There is also an inherit design flaw with Delirium where you have to backtrack to pick up items, and it often results in death because there are so many “explode on death” monsters. What’s odd is this same issue could have existed in Delve, but GGG designed the system to ensure players wouldn’t have to backtrack. For some reason, they forgot what they learned with Delve and failed to address this critical issue. While this erroneous design flaw still exists, Delirium has been adjusted to be more balanced and reasonable to traverse. But ultimately, Delirium, while solid in concept, is still fundamentally flawed due to the need for backtracking and picking up items.

While last league (Metamorph) was all about Summoners, the top skill this league is Cyclone, however, we have more of a diverse range of follow-up skills than last league, including Storm Brand, Volatile Dead, Lacerate, Ball Lightning/Arc, and more.

Unlike last league, the new skills introduced with 3.10, namely Archmage, Arcane Cloak and Spellslinger, are awesome; they have enabled powerful caster builds that weren’t nearly as viable as before.

The complete 3.10 patch notes can be found here.

While Cyclone and Storm Brand are dominating, there is a lot of variation in builds this league, which is a good thing. I’ve been playing Delirium since release, and have taken the below builds to end-game:

As we can see, Cyclone is king this league; this is because it’s tanky, reliable, steady and easy to gear for. The top Cyclone build is the Facebreaker Shield build, which is fantastic. Storm Brand comes in second due to Archmage and Arcane Cloak, which greatly buffed the damage; plus it’s fun and clears very well (faster than Cyclone). Volatile Dead is quite popular due to the new Spellslinger skill, and we’re seeing the standard “reliable” established builds of Essence Drain, Lacerate, Miner (Ball Lightning/Arc), and Split Arrow/Puncture (Bleed) providing support. Gone are summoner builds from the top list with Spectres barely sneaking into the bottom tier.

Surprisingly, Necromancer is the most used Ascendancy; this time with a focus on Volatile Dead and Animate Weapon, but there are still plenty of Spectre builds out there (including Holy Relic, Zombies, etc.). As you can see, this league is seeing a much more diverse breakdown of Ascendancies, showing better balance as there isn’t one clear winner across the board; HC is seeing a different use order from standard.

When it comes to Delving in Softcore, Ice Shot Deadeye is queen (overall) with an achieved depth of more than 4,300. However, an Icicle Mine player is currently leading the way with a depth of 6000.

Looking at Delving in Hardcore, it appears players have decided to forego pushing any deep numbers as only 12 characters have gone deeper than 300, with the majority being cyclone, lacerate and Herald of Agony builds.

My Favorite Builds from 3.10 Delirium

Before I dive into the Top build list from the statics, I wanted to share my favorite builds from Metamorph so far. 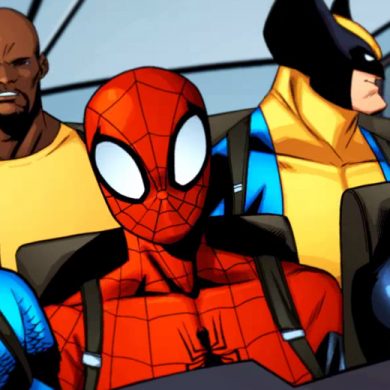