Path of Exile is on its way to becoming the most successful ARPG in the industry, especially with success of the “Fall of Oriath” expansion paired with the Xbox console and China market releases. PoE is growing by leaps and bounds, and both veteran and new players alike are trying to decide which build to run as their new league starters for the upcoming “War for the Atlas” version 3.1 launch with the “Abyss” challenge league on December 8th, 2017. War for the Atlas features 10 new skill gems (Such as Volley, Volatile Dead, and Bodyswap), 32 new maps, numerous new uniques, a rework to damage reflection (yes!), and a number of yet unannounced changes and fixes.

Each of the below 15 recommended builds should easily take both new and veteran players to end-game in the upcoming 3.1 release and the Abyss challenge league.

Before we begin, Path of Building is a very important tool to have when planning and testing builds before they’re played in-game. Additionally, make sure you have NeverSink’s Loot Filter installed.

The requirements for a solid starting Abyss league/3.1 release build are:

Even though some of the builds covered below are shaper capable, I do not qualify the need to do Uber Izaro, Atziri, or Guardians as a “requirement”. Getting to maps and farming while surviving is key.

For many players, play style is important. Some people hate totems while others only play totem builds. Some like Melee while others love bow builds. The diversity of PoE is one of its greatest features, but also one of the most complex aspects of the game. This guide keeps things fairly simple. There are other more powerful starting builds that are more complex (and sometimes powerful), but they generally require respecing, farming specific items/uniques/item rolls, and other factors — but the reality is most of these builds don’t provide enough of an advantage to the core requirements to outperform the below recommendations.

This guide takes into account the complete 3.1 patch notes. Each build listed below is completely viable and solid for the 3.1 release.

The recommended best starting builds have evolved since the 3.0 release; Dark Pact has become a very popular option, the changes to Spectres make it a lot more fun (and easy), and the balance changes made since the Fall of Oriath expansion have allowed other builds to enter the top ladder for not only general play, but SSF and Hardcore as well. The below list is compiled from personal experience (including SSF), statistical data (including recent race results), community (Reddit, etc.), and player feedback; not only from over the years, but with a focus on what has been working for players since the 3.0 release. Here we go!

There are definitely other great starter builds that could have made it on this top 15, but I wanted to provide what I had personal experience with, as well as recommendations from the PoE community (through numerous threads and discussions).

Each one of the above mentioned builds work great as a starter; they are fun, powerful, and capable of taking both new and veteran players alike to end-game. Additionally, each build is solid for SSF (solo self found) play as well.

I hope this list helps the PoE community; here’s to the upcoming 3.1 launch and the fantastic job Grinding Gear Games has done with Path of Exile! 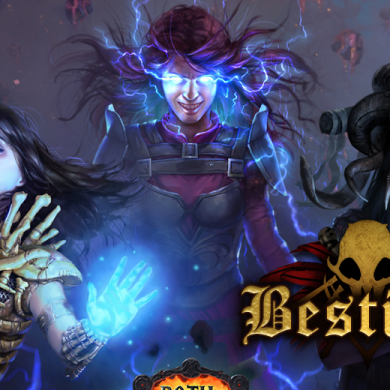