Path of Exile is on its way to becoming the most successful ARPG in the industry with its biggest expansion yet in the upcoming 3.0 “Fall of Oriath” release, potentially challenging even the Diablo franchise in the near future. The impending Xbox and China market releases will also serve as a catalyst for exploding the user base as well. Ultimately, PoE is growing by leaps and bounds, and both veteran and new players alike are trying to decide which build(s) to run as their “new league starters” for the 3.0 launch on August 4th, 2017.

I’ve compiled this overview based on years of personal experience and hundreds of hours of 3.0 BETA (and Alpha) play time and the latest 3.0 patch notes. The recommended builds are also based on public/forum/reddit-based feedback and recommendations.

(August 7th, 2017 Update) Here’s a great thread on Reddit where hundreds of players talk about how their starter builds are going!

Each of the below recommended builds should easily take both new and veteran players to end-game, have been tested with the 3.0 BETA, include (if any) changes from the official 3.0 release notes, and are rock solid starters for varying gameplay styles.

Before we begin, Path of Building is a very important tool when planning and testing builds before they’re put in-game. If you don’t have this tool, get it (especially since it’s necessary for some of the builds recommended below).

The requirements for a solid starting new league/3.0 release build are:

Even though some of the builds covered below are shaper capable, I do not qualify the need to do Uber Izaro, Atziri, or Guardians as a “requirement”. Getting to maps and farming while surviving is key.

For many players, play style is important. Some people hate totems while others only play totem builds. Some like Melee while others love bow builds. The diversity of PoE is one of its greatest features, but also one of the most complex aspects of the game. This guide keeps things fairly simple. There are other more powerful starting builds that are more complex (and sometimes powerful), but they generally require respecing, farming specific items/uniques/item rolls, and other factors — but the reality is most of these builds don’t provide enough of an advantage to the core requirements to outperform the below recommendations.

Before we begin, it’s important to point out the ability to obtain unique threshold jewels from an act 5 quest. This reward greatly enhances numerous starting builds that were not as viable prior to 3.0. This includes First Snow and Frozen Trail jewels, which are critical for Freezing Pulse and Frostbolt builds. One can also obtain Fight for Survival, which was specifically designed for Frost Blades.

Even though some of the build guides below state they are for version 2.6, I can confirm the guides work just fine for 3.0.

Totem builds are some of the best league starting builds for 3.0, and as mentioned above, with access to threshold jewels with 3.0, this opens the door to previously unconsidered builds like Freezing Pulse and Frostbolt totems. While Ancestral Warchief and Flameblast are some of the most common crowd-pleasers (and have been for some time), recommended league starters are below.

There are definitely other great starter builds that could have made it on this top 10, but I wanted to provide what I had personal experience with, as well as recommendations from the PoE community (through numerous threads and discussions).

Each one of the above mentioned builds work great as a starter; they are fun, powerful, and capable of taking both new and veteran players alike to end-game. Additionally, each build is solid for SSF (solo self found) play as well.

I hope this list helps the PoE community; here’s to the upcoming 3.0 launch and the fantastic job Grinding Gear Games has done with Path of Exile! 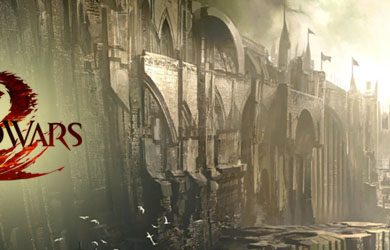