Choosing the Best SSD for the Money

Many are familiar with the movement of storage technology from traditional Hard Drives to Solid State Drives, however as this technology is refined, there is confusion as to what features offer what benefits and what options are the best for the money. I’m going to break things down to be very simple for those who are looking at a SSD solution.

First, there is nothing faster than a state of the art SSD for an end-user. Booting up Windows 7 x64 on the right SSD can take only seconds.

Many people wonder Why get a SSD? An interesting site is www.ssdvshdd.com. A good initial overview article can be found here: http://www.overclockers.com/hdd-vs-ssd/ (note this is a year old – things are even faster with SSDs now while HDDs haven’t really increased in speed). Check out the charts and graphs.

So now that you realize going SSD is the right idea, let’s talk about some of the most important things.

TRIM Support is a must because it substantially decreases write time to the SSD. Without TRIM the SSD must cache, wipe, move cache, and write. This will cut your write time in half as the drive fills with data. Note TRIM requires an OS that supports it. This is Windows 7. Don’t bother in Windows XP or Vista. Upgrade to Windows 7 now if you haven’t.

SandForce Controllers are currently the fastest and best performing SSD controllers out there and this criteria can help make sure you’re getting the latest.

SATA II vs. SATA III is a big question many have. Many people like to  jump on what sounds the fastest and coolest when building a system. What most people don’t realize is most SSDs are still not fast enough to utilize SATA III (and those which are are VERY expensive). The max throughput for SATA II is 3Gbit/s which translates to 375Mbyte/s (3GB/8). You will find the latest Sandforce SSDs perform well under 375M/s, even the SATA III models! So don’t waste time with SATA III yet. Stick with SATA II. To learn more about SATA speeds, check out the wikipedia SATA Overview.

RAID support is a must for many people, and power users love to stripe (RAID 0) their SSDs together for maximum performance. Setting up SSDs for RAID performance really isn’t any different than doing it with HDDs. I personally don’t feel the need to Stripe my boot drive because it’s already so fast and striping just doubles the chance of failure. But if you’re hellbent on maximum speed, Stripe away!

HSDL is OCZ’s new technology which just launched; this guide will not focus on using HSDL, but covers it at the end just in case you want to try it out!

Setting AHCI is critical.  Many people run into problems when installing the SSDs, the first main problem is the lack of setting AHCI in the BIOS for the drives. Even the most recent Motherboards (take a Rampage II or III) come with the Drive Interface set to IDE. Make sure this is set to AHCI before you install Windows 7! This is simple, go to the storage configuration section in your BIOS and select AHCI.

Note OCZ has a great guide that provides more detail to installing and configuring your SSD here.

Second, make sure your SSD has the latest BIOS. While this isn’t critical, it’s always good to make sure you have the latest BIOS. Remember, your SSD may have been sitting in a warehouse for six months before it arrives on your doorstep. If you decide to make sure you have the latest BIOS, this is important to do BEFORE you install an OS on it because most SSDs require a complete wipe in order to update the BIOS. Unfortunately unless the BIOS is printed on the drive somewhere, you can’t get it without plugging it into an existing system. Once plugged in you can obtain it one of two ways. One, through the Device Manager (Properties->Hardware ID) or Two, through a support program such as CrystalDiskInfo. As you can see by the images to the right, my sample Intel’s Firmware version is 045C8610 (a very old one I’m upgrading shortly).

The rest is cake – just like installing any other HDD!

I love NewEgg and recommend using them to buy your SSD. Many ask what’s the best performance for price, what’s the latest, what should I get, etc. After spending days researching this, I’ve decided to go with the 90GB SSDs. One for the OS boot and one for Gaming. Which one did I choose? The OCZ Vertex 2 OCZSSD3-2VTX90G 3.5″ 90GB SATA II MLC Internal Solid State Drive (SSD). First, it has the SandForce 1200 Controller (286MB/s read and 275MB/s write), second it has TRIM support, and third it has a 50,000 IOPS seek time. And best of all, it’s only $185. All of these are the key factors in choosing a SSD.

The key criteria to choosing the right SSD are: Size, Controller, TRIM, Speed (combo MB/s and IOPS), and Price.

One reason I chose this drive was because of the results given by www.discompare.com, a great site with tons of data on the latest SSDs. From here you can see all of the above criteria in order to make your decision.

For example, if you want to see all SSDs under $200 and at least 80GB in size, you can run this criteria. Apparently they don’t have the compare data for the Mushkin, so select all the others to compare and get these results. You can see only two have the SandForce SF-1200 controller and the one which has TRIM (the Agility 2) only has 10,000 IOPS on the Random Write 4KB. So the king of the kill?

The one I chose above. Now you can see why. Of course if you up your GB size and price, you get a LOT more compares, but the key criteria don’t change. Follow that and you’ll get a great drive!

If money isn’t an issue, going with the OCZ IBIS is the way to go (covered more at the bottom of this post).

Once you get your SSD it’s great to make sure it’s operating properly. For Benchmarking, I recommend two applications. AS SSD (don’t worry there’s an English version) and CrystalDiskMark are two great programs for benchmarking your SSD. Once you’re up and running be sure to run this benchmark to make sure you’re getting the numbers you should!

Update: I found that the people at OCZ recommend using the ATTO SSD benchmark tool for real numbers. My AS SSD numbers are low with my new drives, but that’s because it uses un-compressible data.

If you want to keep track of what others are getting, you can also reference (and add to) the OverClock.NET Benchmarking List.

[pullquote]In 2011, a four channel version will be made available which makes HSDL at least 10 times faster than any current storage interface and puts performance in the range of full motherboard bus saturation.[/pullquote]

OCZ has just released a new and expensive SSD line call the IBIS which utilizes their new HSDL cabling, allowing speeds up to 750MB/s with plans of achieving 10x the speed of SATA III. 2011 should be the year we see this come together, but for now I believe it’s much more cost effective to stick with SATA II drives until the performance of HSDL is optimized and the cost of those drives comes down. Just think, by 2012 the majority of all new storage media will probably be a form of SSD and HDDs will be a thing of the past!

There we go! An easy overview of how to choose the best SSD for your needs. I hope this was helpful and saved you time. If you have any recommended changes, please comment on this post. Enjoy! 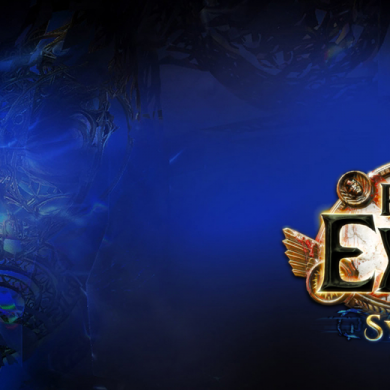