Delve is one of the best content releases for Path of Exile, expanding the end-game in a nearly limitless fashion, allowing players to push their builds to the limit for survival and reward. We have seen a substantial change from 3.3 to 3.4 in the most popular builds for pushing end-game content, as well as adjustments to what was the normal meta.

This overview is based on personal experience paired with feedback from the player base and the statistics on poe.ninja. The good news is I have played more than 80% of the end-game meta builds, so I am familiar with how they really play and “feel”.

The core goal of this post is to provide links to solid, viable, fun, and good build guides for Delve based proven guides, content clearing and player support.

I first want to acknowledge how important play style is. Some people hate totems while others only play totem builds. Some like Melee while others love bow builds. The diversity of PoE is one of its greatest features, but also one of the most complex aspects of the game. While a build may be listed as “best” some players may disagree because of the style(s) they prefer – but one thing is assured – the builds listed herein are all rock solid and viable for their represented roles. There are other more powerful builds that are more complex (and sometimes powerful), but they generally require respecing, farming specific items/uniques/item rolls, and other factors — but the reality is most of these builds don’t provide enough of an advantage to the core requirements to outperform the below recommendations.

Before I present the list, I want to say something very important: just because it’s on the top 100 list doesn’t mean it’s a “best build”. Many (if not most) of the top players run builds that are designed solely to push 100 and nothing more (farming specific maps); however many of these builds are capable of doing all content (Shaper & Uber Elder), and pushing deep delves 600+. People on the top 100 list are hardcore (play style not HC mode), experienced, and pushing 100 and/or delves 600+ is an art all of its own that generally has no application to the average player – but we can still learn from these builds. I also want to elaborate on how I interpreted the top build from the leaderboards. These characters can be found on poe.ninja builds. There are three core categories to consider: Softcore, Hardcore and SSF (and variations of each). Keep in mind those who are 95+ and do not play SSF often group with others (including aura bots), which includes sharing items and maps. This augmentation can misrepresent the viability of an end-game build and its capability to run without a party and reach 100 as quickly as it has. This means SSF is the best indicator of a build’s capability to progress without aura bots and party support. SSF players that push 95+ are a special breed of dedicated folks who usually put 8-12+ hours of game time in each day. These are not average players; but average players can learn from them.

What can we learn from this? Blade Vortex is the most popular skill across the league and Juggernaut is the most popular ascendancy (overall). But, delve depth is a factor. The above numbers are for those who have reached a depth of 300+. Note in normal Delve this only pulls level 95-100 characters as numerous characters in their 80’s have reached delve 300+. So let’s dive in a bit deeper and look at the builds that have achieved a deeper Delve depth.

The fact that just 5 characters in HC SSF have gone below Delve 600 shows how dangerous deep delving is and how refined equipment (not available in SSF) is essential. While the last few leagues saw Sunder as “king of SSF”, it is now Blade Vortex and Molten Strike. Elemental Hit is tough because an optimal EH build requires the two jewels to negate cold and lighting damage (to solely focus on fire).

But the final results of Delve are this – it’s the league of Blade Vortex and Molten Strike.

My Favorite Builds from 3.4 Delve

Before I dive into the recommended build list, I wanted to share my favorite builds from the 3.4 Delve league; and of course each of them is on the below build list. Out of every build I played, these were my favorite. While I shared this list above, I’ll do it again for context. I have taken the following builds to end-game: Blade Vortex, Double Strike, Reave, Molten Strike, Holy Relic, Toxic Rain, Caustic Arrow, Arc (Self-cast, Totems, Traps and Self-Cast), Tornado Shot, Elemental Hit (Self-Attack and Totems), Raging Spirits, Holy Relic (Guardian). This includes numerous variations of single skills (for example I did Elementalist, Occultist and Trickster self-cast Arc), and also tested a number of the builds I thought were the best in SSF. The Relic Guardian (below) will be my 3.5 league starter.

For clarity, the below build list is designed for pushing delves. This is very different than pushing other end-game content, since Delves require close quarters combat and avoidance mechanics; the opposite of (for example) fast mappers. The good news is these builds do very well in both Delves and end-game and can be used to easily push 600+ and kill Uber Elder.

There are definitely other great builds that could have made it on the list, but I think the above recommendations are overall the best for the Delve league, and will also be viable for the upcoming 3.5 release. 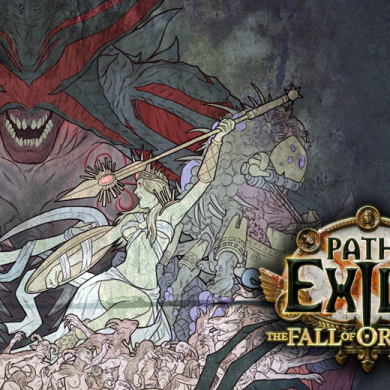